The agreement will divide the country into a collection of tribes and disenfranchise minorities in each tribal homeland.

Mr. Mamdani is the director of the Institute of Social Research at Makerere University in Kampala, Uganda, and a professor at Columbia University. 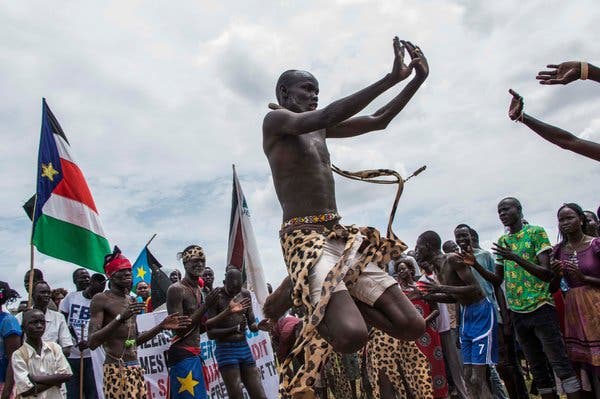 People celebrate as they wait for the arrival of South Sudan's President Salva Kiir in the capital Juba on August 6, 2018, following the signing in neighbouring Sudan of a ceasefire and power sharing agreement.CreditCreditAkuot Chol/Agence France-Presse — Getty Images

On Sept. 12, Salva Kiir, the president of South Sudan, and his major adversary, the former vice-president and rebel leader Riek Machar, signed a peace agreement in Addis Ababa, the capital of Ethiopia — the 12th agreement between them — to end the long, brutal civil war that has killed thousands and displaced millions in South Sudan since December 2013.

The most urgent question remains whether the new peace agreement is any different from earlier ones and if it could survive.

The new agreement represents a remarkable turnaround from the Comprehensive Peace Agreement signed in 2005 and the independence agreement of 2011. All previous agreements shared a common assumption: that Sudan is the source of the problem, that Sudan must be isolated and contained if there is to be peace in South Sudan. A disaffected group could simply turn to Sudan in the north. To close that loophole was to recognize that Sudan had to be part of the solution and not the problem. 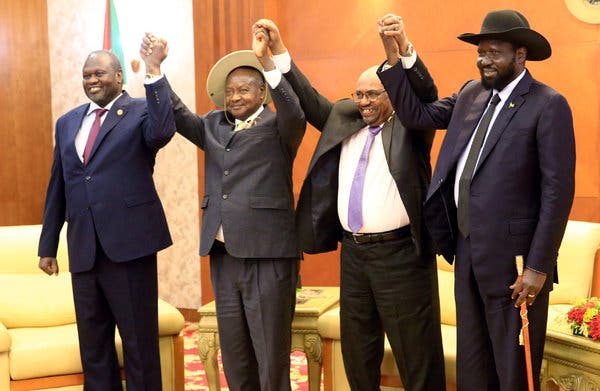 The assumption underlying this new agreement is the opposite, that Sudan is the solution to peace in South Sudan. The agreement represents a first step toward the regional and global rehabilitation of Sudan and Mr. Bashir, who was indicted by the International Criminal Court for war crimes and crimes against humanity in 2009.

What happened can be understood as the product of a learning process. All previous agreements contained one big loophole: Sudan had not been among their signatories or guarantors. Sudan had no reason to support an agreement in which one objective was its own isolation. This meant that whoever wanted out of the agreement had a ready-made way out. Given its historical role in unified Sudan and its location, Sudan would be an invaluable source of diplomatic and military assistance for any group with a grievance.

The new agreement is a sharing of the pie between the tribes of South Sudan: first the major tribes, Dinka and Nuer, and then the lesser ones. It does not envision South Sudan as a country, but as a coming together of tribes. Every inch of South Sudan has to be marked as part of one tribal homeland or another. Even areas with multiethnic populations must be defined as belonging to one particular tribe.

The result will be the disenfranchisement of a large section of South Sudan’s population. Every tribal homeland will be considered the monopoly preserve of its “indigenous” majority; the result will be to deprive minorities within each district of two critical rights, the right to “customary” use of land and to participation in local government. It will now be much easier for ambitious leaders of different tribes to mobilize popular discontent and fan flames of a future conflict.

The agreement says state boundaries will be drawn by an independent boundaries commission appointed by Inter-Governmental Authority on Development, the regional trade bloc, within two weeks of the signing of the agreement in Addis Ababa.

The boundaries commission will be chaired by a non-South Sudanese and shall conduct a referendum “on the number and boundaries of States of the Republic of South Sudan” within eight months. After that, the Inter-Governmental Authority on Development shall appoint a committee “to define and demarcate the tribal areas of South Sudan.”

If there is disagreement between two parties, the guarantors of the agreement, Sudan and Uganda, will be the mediators. Any tribe with a boundary-related grievance shall be entitled to bring a case against the South Sudan government before the Permanent Court of Arbitration at The Hague within a two-year period.

The agreement is signed by the parties to the conflict, the government and the opposition, by witnesses, and Mr. Bashir and Mr. Museveni as guarantors. A second agreement between South Sudan and Sudan on dividing oil and revenue is in the offing, according to officials in the African Union.

South Sudan is on its way to becoming an informal protectorate of Sudan and Uganda. By formally acknowledging them as “guarantors,” the agreement recognizes their strategic role in determining the future of South Sudan: Ugandan troops are physically present to support Mr. Kiir’s faction, and Sudan provides critical support to opposition groups, including those led by Mr. Machar. South Sudan will likely turn into a tribally fragmented society. The state will reflect this fragmentation and will in turn deepen the societal fragmentation.

The president, the five vice presidents and the ministers will be appointed on basis of tribal identities. The South Sudan Army, already a collection of militias, will further fragment into tribal militias.

Only one institution still stands for a united South Sudan. That is the Parliament. Recall that Parliament was not implicated in the violence of 2013. For now, it is a debating society with no teeth, but it is the only forum that brings together representatives of all groups in South Sudan.

The future of South Sudan is likely to be marred by continuing chaos until a single dominant group emerges out of it. When this happens, regional powers will likely be further drawn into the conflict. To forestall that development is to recognize the key deficiencies in the present agreement — its tribal architecture and the absence of a pan South Sudan political process — by finding ways to give primacy to a political process over a military contest.

Mahmood Mamdani is Hebert Lehman professor of government at Columbia University, the director of the Makerere Institute of Social Research in Kampala and the author, most recently, of “Saviors and Survivors: Darfur, Politics, and the War on Terror.”