Africa in Movement (2 contributions from MISR) 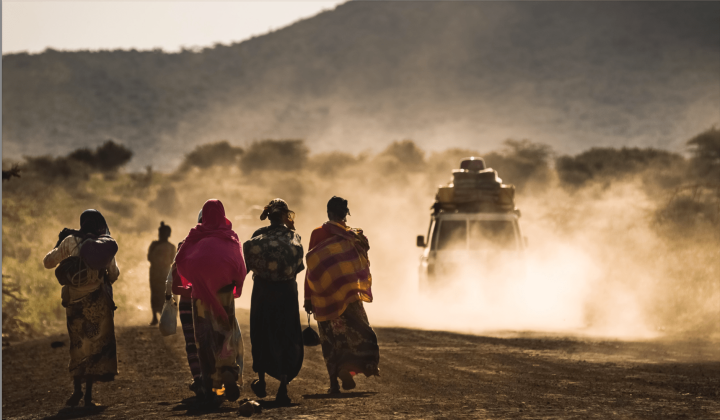 In their recent volume, Understanding Global Migration, James F . Hollifield and Neil Foley observe that the concept of a “migration state” is an ideal type, reflecting a range of ways in which states grapple with migration. In its original formulation, it referred to the liberal democratic state with policies oriented towards markets and rights. Yet as they note, the “migration state” can take different forms, whether it is the “post-imperial” liberal states of Europe and Turkey, the “postcolonial” migration states of Africa, the Middle East, and South Asia, or the “developmental” migration state in East and Southeast Asia .1 Migration has created economic and political interdependence between states and societies, with contradictory effects. Economic remittances are supporting livelihoods and aiding development in far-flung corners of the world, but migration from Africa and the Middle East has triggered a xenophobic surge in the West. The much more hospitable reception by European countries of white Ukrainians than of Syrian war refugees or African labor migrants did not go unnoticed.

Fiona Adamson and Gerasimos Tsourapas have recently argued that the field of migration studies has neglected the emergence of “state migration management regimes” outside the Global North and the West. The bias towards the policy priorities of liberal democratic states has split this field between “migration” and “refugee” studies, with the latter more focused on the Global South .2 Thus, “migration studies” research tends to be centered on issues of economic migration, citizenship, and integration in northern democracies, while “refugee studies” scholarship is focused on humanitarian crises and security challenges emanating from southern “non-democracies .” Moreover, the scholarship on migration flows in the Global South has tended to treat the topic as an issue of global governance and less of domestic policymaking. As they write, “states in the Global South are often missing or lack agency in this literature, relegated to the backdrop on which refugee crises unfold the passive recipients of international aid or victims of the policies of more powerful Northern states .”

If the scholarship on migration in the Global South is wanting, the discourse on migration in/out of Africa is particularly distorted and exceptionalist . As the African Migration Report: Challenging the Narrative (2020)3 published by the African Union and the International Organization for Migration maintains, the current narrative about African migration tends to conceive of African migrants as being largely irregular, crossing oceans to Europe, and constituting the majority of global migrants. In reality, most African migrants are migrating within Africa, crossing land borders within the continent and largely within their respective regions. What
is more, 94% of African migration across oceans is regular, with Africa accounting for 14% of the global migrant population, compared with 41% from Asia and 24% from Europe. In contrast to the media’s framing of migration as posing an unprecedented security crisis, African migration in Europe has been a constant for over a decade and the number of arrivals across the Mediterranean has declined since 2015. The African Union/IOM report calls for “a new narrative on contemporary African migration that focuses largely on intra- African migration .”

The essays included in this African Social Research collection heed this call. The papers were originally presented at the “Africa in Movement” workshop organized by the Program on African Social Research (PASIRI) in January 2022. We originally organized the workshop with Mehdi Alioua of the International University of Rabat, whose journal Afrique(s) en Mouvement inspired the title of our collection. Unfortunately, shortly before the workshop was to be convened in Rabat, it (ironically) had to be moved to a virtual format after the Omicron wave of the COVID-19 pandemic led Morocco to close its borders.

By focusing primarily on intra-African migration, the papers attempt to go beyond the common depictions of African migration, showing how African states are not simply exporters of refugees and migrants or passive executors of European Union policies. Rather, these scholars explore how African states are developing their own approaches to migration management, and how migration has increased the interdependence of African states (wherein unrest in South Africa can have economic repercussions in the Horn of Africa). As elsewhere, intra-African migration can spur xenophobic violence and anti-globalization sentiment. But the contributions also show that migration within the continent is generating humanitarianism, cosmopolitan identities, and conviviality. The papers also contribute to critical policy debates over how European states are externalizing their borders, such as in the recent agreement between Rwanda and the United Kingdom, whereby asylum-seekers arriving via the British Channel will be shipped to the Central African country for processing and resettlement.

Several of the papers in the collection focus on how African states have internalized and modulated European Union approaches to regulating labor migration. Balkissa Diallo highlights the localization of European migration norms in Niger. Diallo shows how following the Valetta Migration conference held in Malta in 2015 and the establishment of the European Union Trust Fund for Africa (EUTFA), the government of Niger passed Law 2015-36 aiming to criminalize the trafficking of migrants. The law would have unexpected repercussions domestically, including incentivizing ex-smugglers to form associations (such as L’Association des Anciens Passeurs). The diffusion of what Diallo calls the European Union’s “migration management norms,” would also lead to Niamey introducing the 2020-2035 National Migration Law and a five-year Action Plan.

Salahadin Ali makes a similar argument tracing how the European Union’s Horn of Africa Migration Route Initiative (also known as the Khartoum process) has adversely affected the lives of “forced migrants” in Sudan. The Khartoum Process is an inter-regional forum, including five European member states and five African member states (Egypt, Eritrea, Ethiopia, South Sudan, and Sudan). Ali shows how the Khartoum process led to the Asylum Regulation Act of 2014 and the new Passports and Immigration Act of 2015, both of which were used to justify a crackdown on Eritrean migrants in Sudan.

Itah Patience, in turn, demonstrates that while the Economic Community of West African States (ECOWAS) and the African Union are trying to promote intra-African migration (through a possible AU passport, for instance), pressure from external actors like the European Union and the United Nations is actually shoring up authoritarianism and hardening borders. Thus, Uganda, which Patience suggests has surpassed the Maghreb as a “feeder-state,” and currently hosts a large refugee population, is under pressure from international organizations to be more accountable and to provide more social services, all of which raises domestic political tensions.

Janina Stürner-Siovitz and Lionel Nzamba Nzamba examine how local city actors at the forefront of migration crises, but long shut out of international decision-making processes have created city networks such as the UCLG Africa, the Global Mayoral Forum, and the Mayors’ Mechanism. Reflecting the “local turn” in migration studies, where researchers have come to treat municipalities, not simply as spaces of migration, but also as actors involved in local and federal governance, the authors interview a variety of local actors from a range of cities including Freetown, Kampala, Oujda, Sfax, and Sousse.

Not all of the essays limit themselves to intra- African migration, with several contributors describing the lethal consequences of European state policies. In a particularly haunting essay, Nabil Ferdaoussi reflects on the deaths that have occurred on the Moroccan and Senegalese coasts as a result of European “border regimes,” and examines how these fatalities have been depicted in the work of Senegalese filmmaker Mati Diop. Those “ghosts” haunt the technocratic discourse on the management of migration and the brutal costs of European border regimes.

The essays in this collection also address the links between migration, identity formation, and what Namhla Matshanda terms “long-distance nationalism .” Sarah Koshin’s piece on “diaspora practices” within the Somali community in Zambia looks at how technology (WhatsApp, to be precise) has driven “kinship mobilization,” and humanitarian support for the region of Puntland, and how socio-demographic changes produced by migration are shifting gender roles within Somali migrant communities. Koshin observes that Somalis in Zambia may insist that they are not a diaspora (“We are not diaspora, we are Africans in Africa, we belong here”), yet scholars still refer to these transnational communities as diasporas, and the Somali government has set up a Department of Diaspora Affairs at the Ministry of Foreign Affairs to reach the two million-strong Somali population living abroad.

Her results resonate with the essay by Richard Houessou of Arab Barometer, which provides empirical evidence showing how the internet and existing social networks have shaped the contours of African migration. In a novel empirical study of data from 34 African countries, he shows that internet usage strongly shapes decisions to migrate independently of economic conditions or other measures of life satisfaction. His findings speak to the complexities involved in decisions to migrate or to remain at home and show how the internet and social media could have long-term ramifications for increasing intra-African migration. He suggests that social media and communication technology can not only trigger and facilitate migration but increase diaspora civic engagement.

Abdullahi Hassan tries to understand the precarious status of small Somali business owners in Cape Town, South Africa using Edna Bonacich’s classic theory of the “middleman minority .” He argues that this approach may be more compelling than Mahmood Mamdani’s influential framework for understanding the Indian community in Uganda, as the colonial state’s political intermediary and “buffer community .” Hassan observes that, despite not having a political role within the South African state or governing coalition, Somali migrants are still targeted by South African politicians for political purposes. (In 2016, the secretary-general of the African National Congress Gwede Mantashe said the solution to the migration question was refugee camps.

Matshanda draws attention to migrant flows into South Africa from beyond the Southern African Development Community (SADC), which includes South Africa, Botswana, Zimbabwe, Angola, Zambia, and South Africa. She spotlights the “Ethiopia-South Africa migration corridor” detailing how Ethiopian identity is being reconstructed transnationally, through migration, and in light of the splintering of Ethiopia’s system of ethnic federalism.

In the study of intra-African migration, there are a number of “flashpoint borders” and “corridors .” Carina Kanbi instead draws attention to the cultural corridor connecting Lagos and Accra, what she calls Anglophone Africa’s “cities of cool,” and shows how creatives in these cultural hubs are forging a new cosmopolitanism and cultures of conviviality that are shaping cultural flows at the global level.

Collectively, the essays reframe the debate around African migration by decentering Europe and the Global North and putting African countries at the center. By providing snapshots of specific migrant communities and patterns of inter-African migration, what emerges is a dynamic picture of a continent in movement. Pulled by opportunity and pushed by crisis, African migrants continue to remake villages, towns, and cities in their own image. While some conflict is perhaps inevitable, the essays also reveal the new forms of sociality and cooperation that emerge as Africans make new homes while retaining their links to the old ones, transforming both in their wake.